On the drive from Zion to Las Vegas it started to rain.  A lot.  This didn't bode well, as our plan had been to get one more day of climbing at Red Rock under our harness belts before heading home, and it takes at least 48 hours after rain before the rock is dry enough for climbing.  The climbing community doesn't take kindly to people that damage routes due to impatience.

That left us with a couple of options: granite or limestone.  We opted for limestone and made our way about an hour and a half north of the city to Arrow Canyon located on BLM land.

The limestone slot canyon itself was more interesting than the climbing.  About 20-30 feet wide, with dead vertical 150-200 foot walls and more Native American petroglyphs than you could count.  This was worth it as much for the spooky hike as for the climbing.  What I'd give to spend a night camping here... 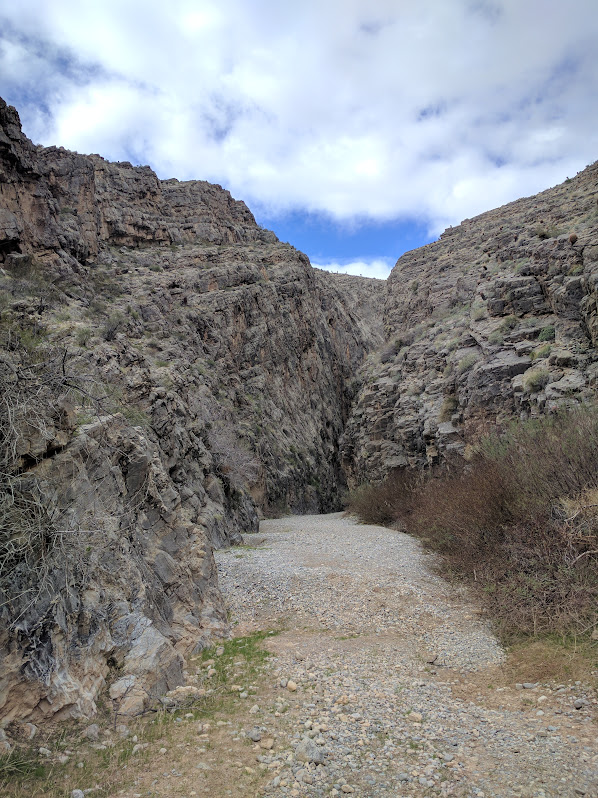 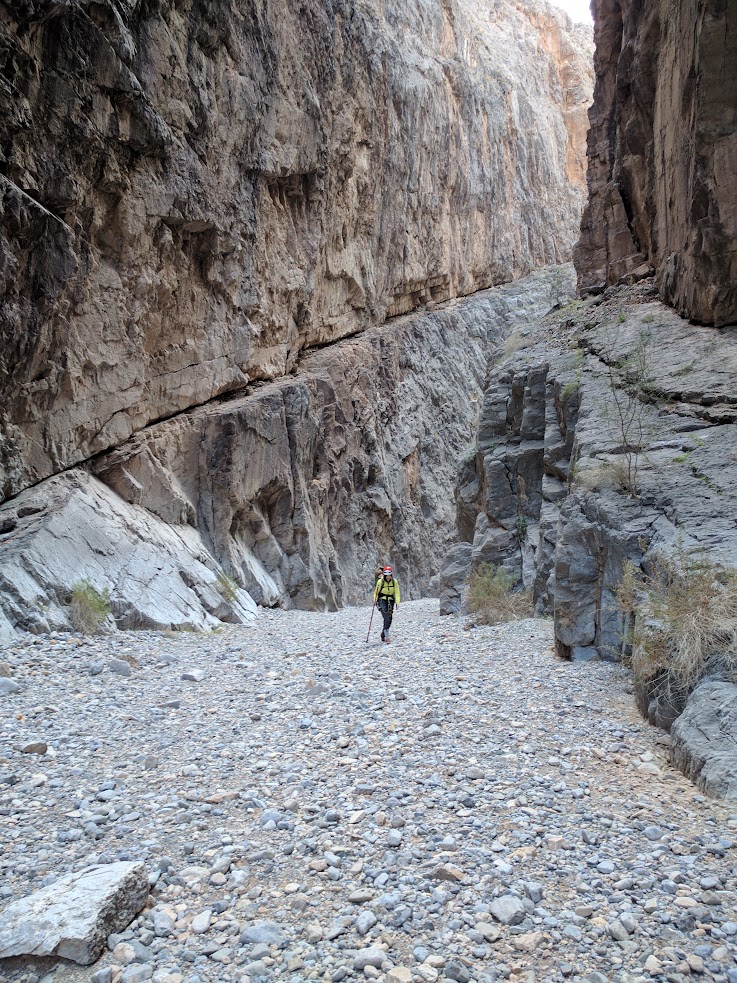 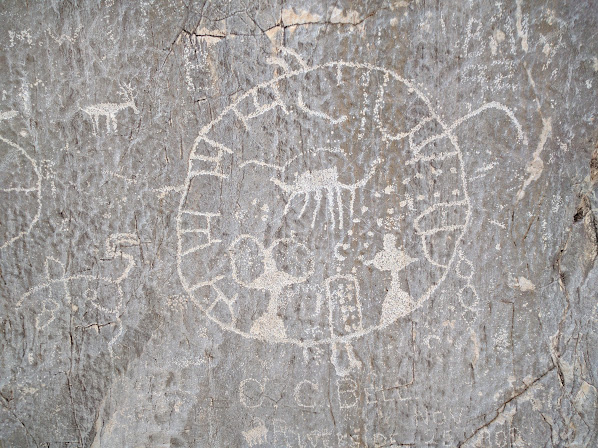 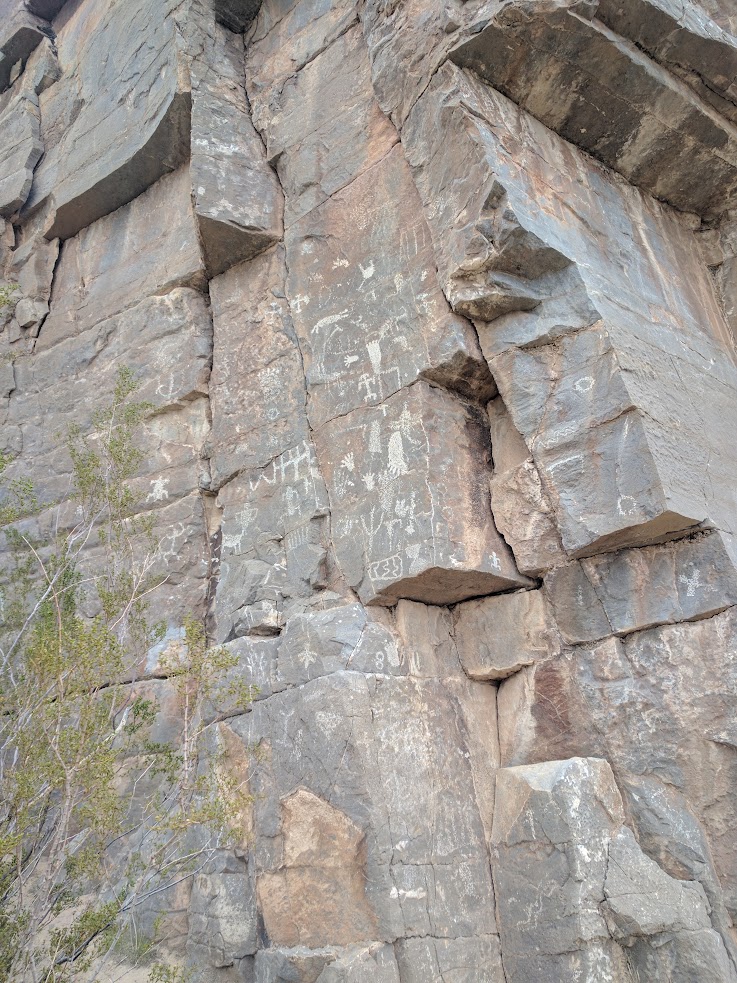 First up was the aptly named Devil Bush (5.9) which climbed nicely.  We should have read the description more carefully.  I got off without incident, but Ana brushed against the eponymous vegetation and wound up covered in some tenacious leaves that stung when touched and clung to everything fabric.

This was our first time on limestone, and while I know a lot of people revere this stuff (particularly in steep Spanish form), it'd take a lot of getting used to.  The rock was even more smooth and slick than I assumed it would be, forcing you to rely on positive holds, sharper edges and very precise foot placement to avoid sliding off.  None of the security you feel on grippy sandstone.

Our next route was French Roast (5.10a), which had much more security, at the cost of comfort.  I'm not sure what I thought was going on in photos of european sport climbers with blood soaked hands, but I get it now.  Where limestone isn't slick, it's covered in sharp prickles that offer LOTS of friction if you're willing to grit through the pain.  Charming!  Not really an issue at 5.9 or 5.10, but I can't imagine pulling on this stuff in the 5.12 range.

We finished the day with our 25th route of the year, an unlisted 5.10d/5.11a sort of thing across the canyon from a wall of petroglyphs.  Hard pulling to get through the opening followed by a bit of a delicate crux sequence traversing a slick section of blank rock about half way up.  Neat stuff.

As we were leaving, we got a nice reminder to wear helmets and stay out from under climbers when someone pulled a bowling ball sized piece off the top of French Roast.  The sound of the rock hitting the ground in that echoey canyon was pretty impressive.


And with that, we headed back to the Green Valley Ranch casino for one last night.  Ida enjoyed her regal throne, scepter and bunny, secure in the knowledge that she'd have at least a couple of months before getting dragged out on another damned climbing trip.