Red Rock Canyon is one of the best climbing areas in the country, with everything from short sport climbs to epic 1,600 foot trad climbs.  And at less than 20 minutes drive from Las Vegas, you can't beat the access and winter climbing weather.  Except when it snows.  Somehow we managed to show up two weeks after a heavy snow (seriously, snow?!) and most of the area was still too wet to climb.  Desert sandstone has a nasty tendency to revert to sand when exposed to moisture.

The Calico basin isn't exposed to runoff from the mountains and there was plenty of dry climbing to be had.  We'd climbed a lot of sandstone before this trip, but in the east we typically climb rock known for being strong, hard and relatively impermeable to water.  This was an entirely different experience.

First up was Immoral, a 5.10d sport route that left me wondering why the Red River Gorge has such a reputation for soft grades.  A great climb up a short dihedral/crack to a fun traverse on a hand horizontal crack. Ana got her first 5.10d lead tick.  Sam cruised it on top rope. 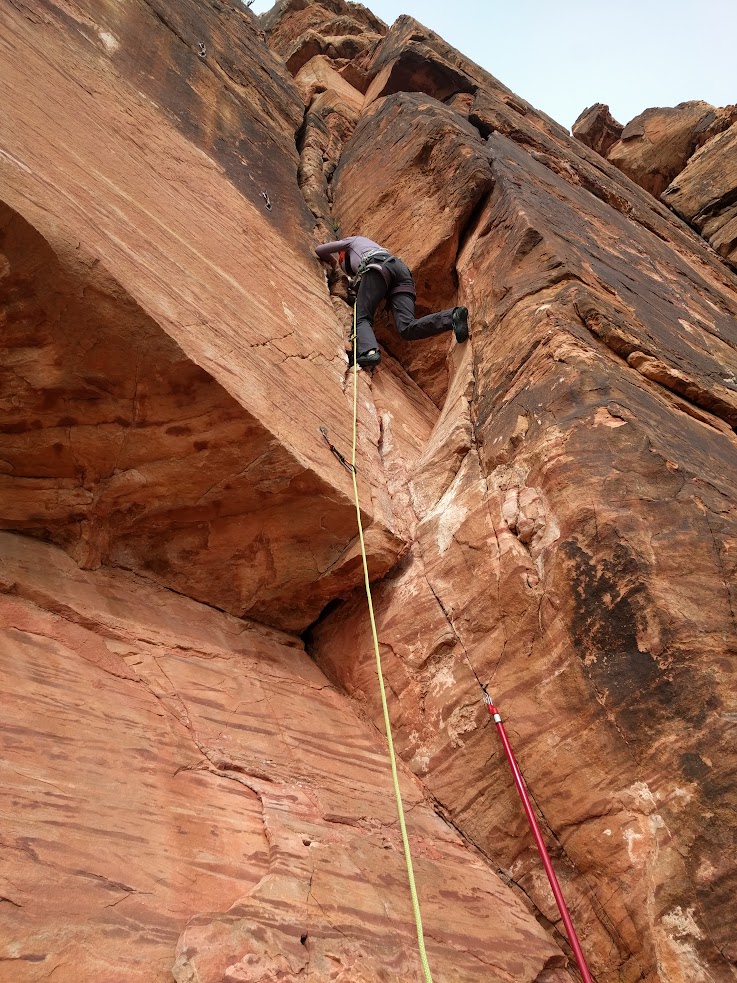 The second climb on Valentine's Day (5.8+, trad) was absolute bliss and exactly what I was hoping to find in Red Rock.  A great hand crack up the inside of a dihedral with solid stances and gear placements EVERYWHERE.  I didn't take a photo, but this one from Mountain Project does it some justice:

Finally, we capped off the day with a wandering 150 foot 5.4 route, Abbey Road. It's rare to get on easy trad routes in the Red, so having 150 feet of nicely protected climbing on secure footing is awesome. Probably best done in two pitches, but which I ran out in a single push, rope drag be damned. That let me belay both boys up to the top and get the requisite summit photos: 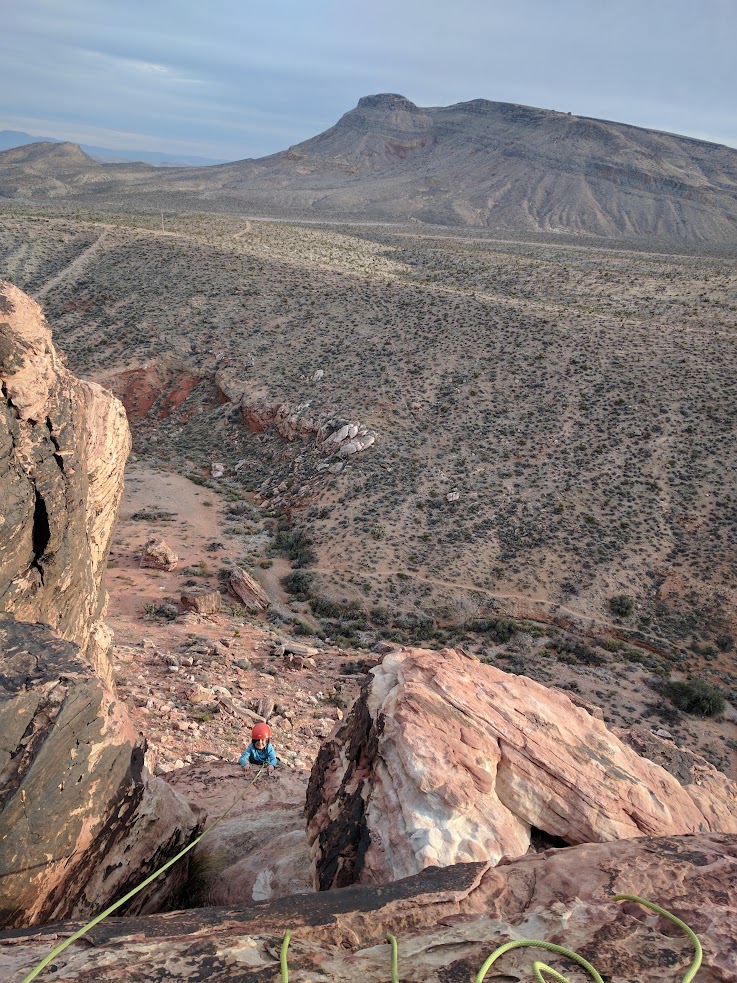 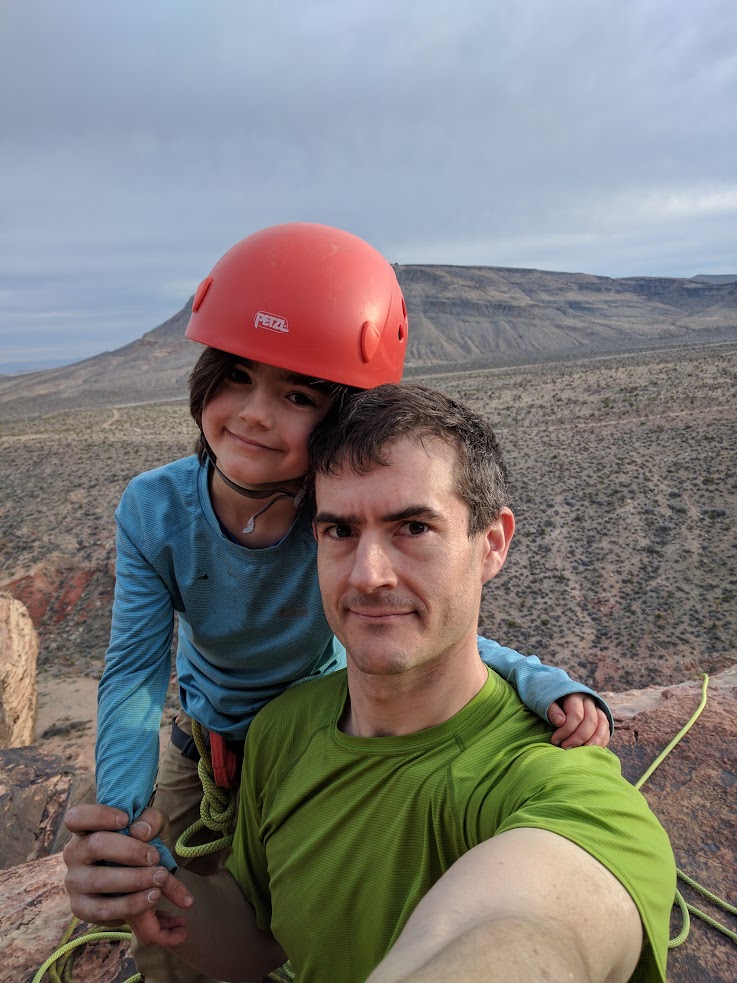 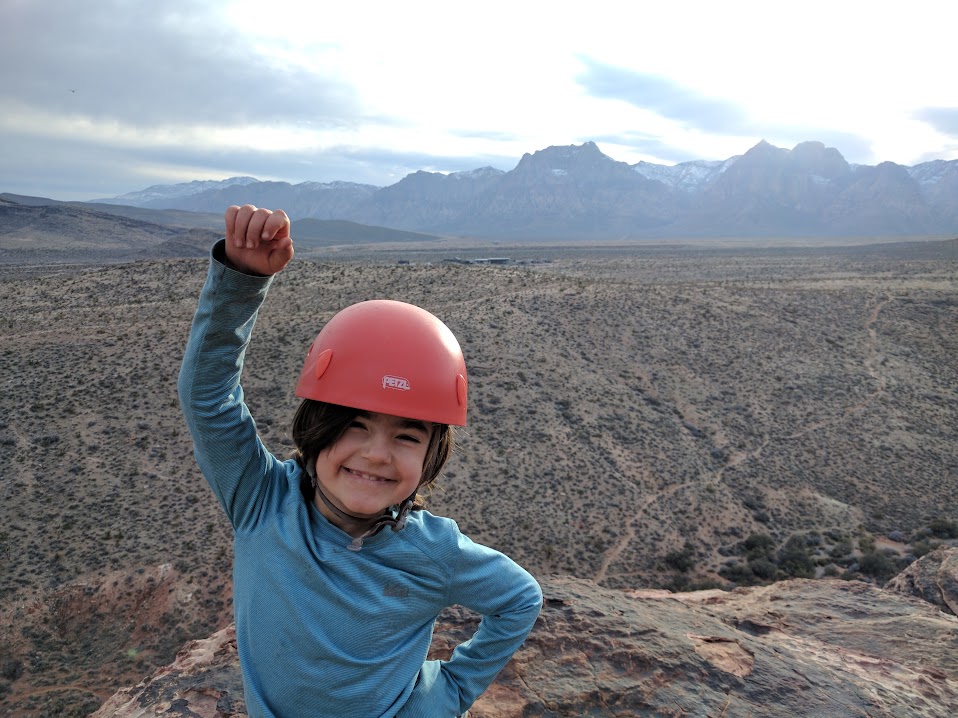 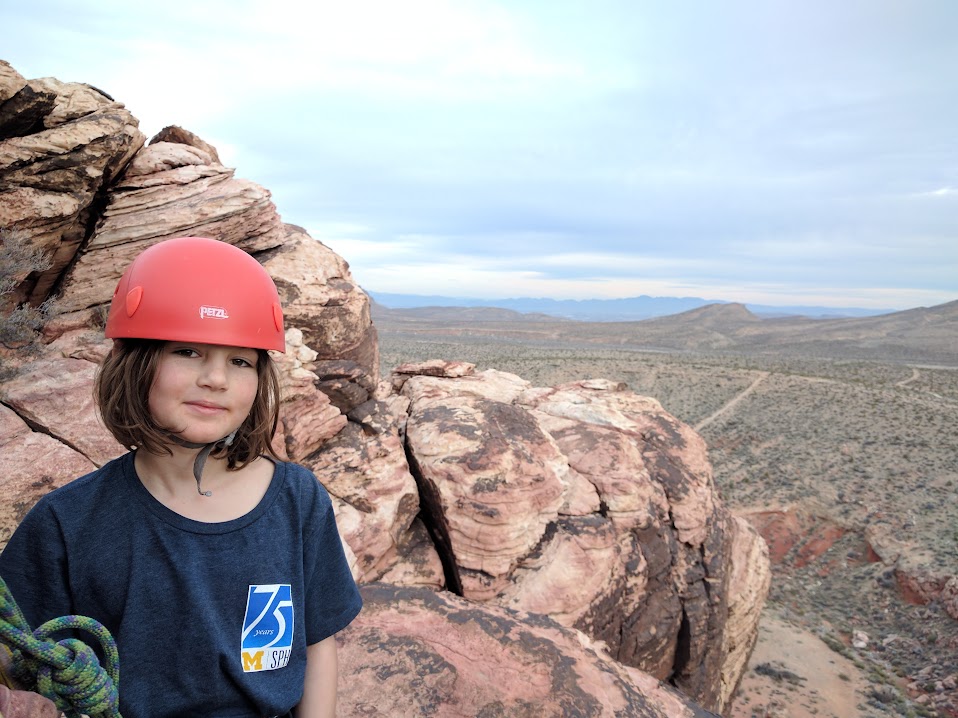 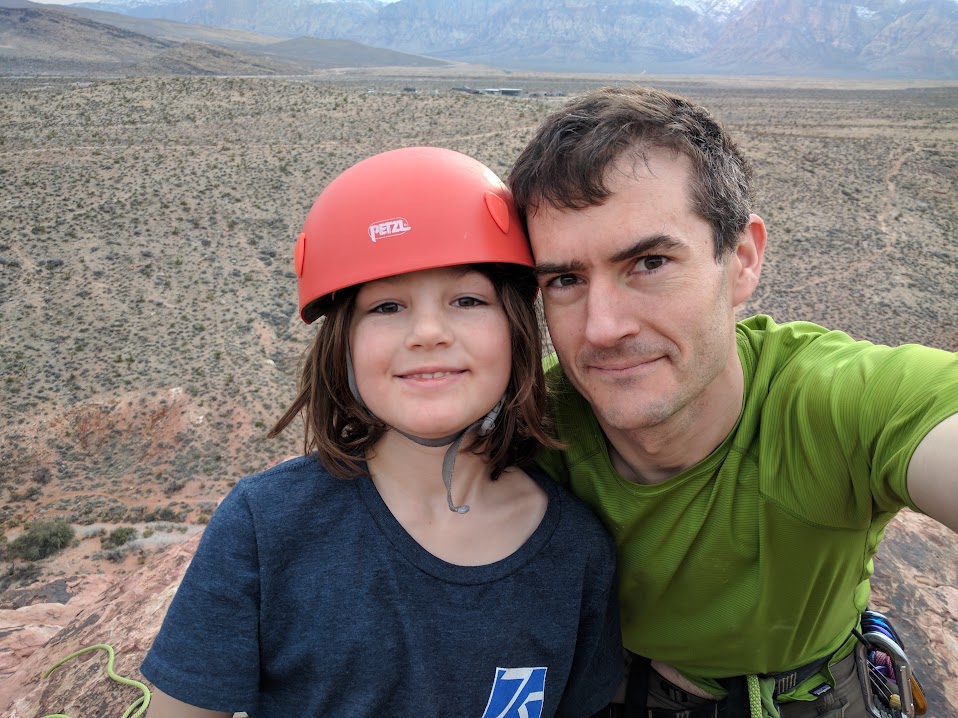