Wednesday was one of those flawless spring days that you dream about and that reminds you to show up even if the weather report is iffy.  Instead of the predicted tornados and hail, we got blue skies and lots of friction.

We flew through Muir Valley on Wednesday and climbed at four different walls.  Sam took a crack at Bathtub Mary (5.11a), but was too short to make the crux moves at the bottom on the first try, then flubbed a bunch of stuff near the anchors and took some solid falls.

But at least he hung the draws and scouted out where the best jugs were.  I flashed it without much trouble, which was a nice ego boost.  This climb had a bit of everything: nice technical crux down low, pocketed moderate stuff in the middle, a big rest and then an overhung jug haul to the top.  Having a huge sit down rest in the big hueco to let my heartrate settle made the upper part a whole lot easier.

Mom made a good showing and cruised through what felt like the crux at the start, but steeply overhung stuff isn't typically her jam and she didn't make the anchors.  One fall on toprope and you swing so far out that it's almost impossible to get back on. 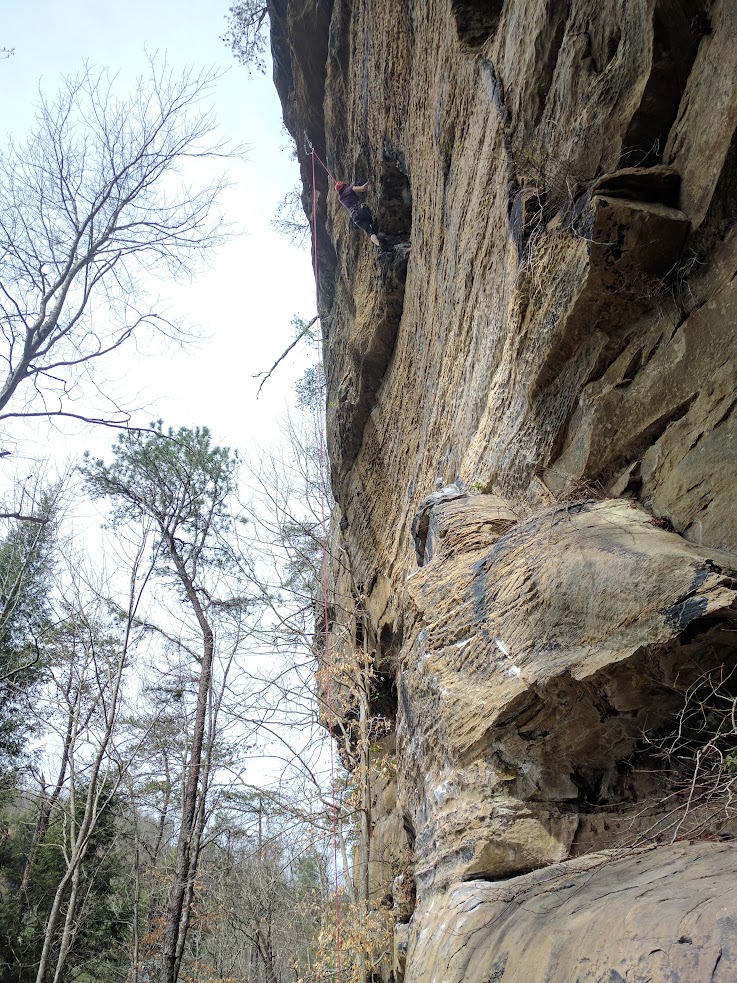 Next up was Air Ride Equipped (5.11a), the easiest route at Solarium and an absolute gem.  The hardest part of this thing was just getting established.  The starting moves are pretty solid, but after that the grade felt a bit soft (not complaining).  Once Sam figured out how to get on, he had no trouble making it his first onsight.  I flashed it without much trouble. It's SERIOUSLY overhung, but a pair of great sit-down rests and some of Sam's beta made it a cake walk.

We've been playing around with the Edelrid Ohm, a device that sits on the first bolt and acts as a "resistor" (hahah) in the rope system.  It's got a little V slot that bites the rope when the climber falls, adding loads of extra friction.  In our brief experience with it, Sam (70lbs) was able to belay me (180lbs) very well.  I haven't taken a big lead fall on it yet, but with shorter falls he'll get lifted six inches off his feet instead of being pulled all the way to the first draw.  It adds enough friction that he has to actively shove rope into the grigri to lower me. Still, leading with a 9 year old on the other end still feels a little intense even if he's a very experienced little partner at this point...

Feeling a little tired, we didn't get on Banshee (5.11c) in spite of it coming very highly recommended. Instead we headed over to Front Porch wall where Leo got on a 25 foot 5.4 sport route (grandma's rocker, IIRC) and led that thing like a champ without even bothering with a helmet because he's that kind of hardman. 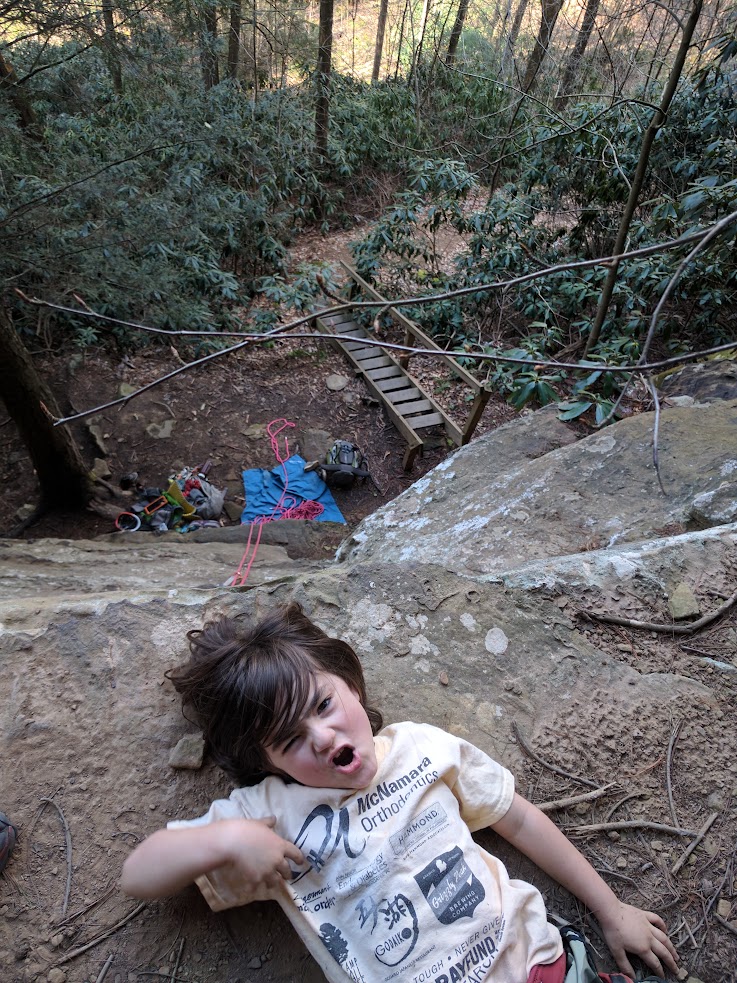 Still expecting rain, we decided to finish up the day at Bruise Brothers, probably the single busiest wall in the Red most weekends.  On a week day, it's a great way to quickly bang out a bunch of fun 5.10 routes.  We got on Rat Stew (5.10a), Critters on the Cliff (5.10d) and Workin' for the Weekend (5.10c).

Workin' for the Weekend was the only 5.10 at the wall we hadn't done before and was definitely worth the trip.  I've watched people take a LOT of awkward falls on the crux of this route so I was pleased that the thing flowed really nicely and didn't put up too much of a fight.  Nice to feel like you're starting to get the hang of things.