Orange Crush: The year is getting away from me already

Last year we put in 30 days of outdoor climbing over about 10 separate trips to four major crags.  I don't know how many routes we ticked off, but somewhere around a hundred.  We had lots of milestones:  started trad climbing, took a first big whip on trad gear, first 5.10c and 5.10d onsights, sam top roped all the moves on Chainsaw Massacre (at age 8!) and led his first real outdoor route (27 years of climbing).

One of my New Year's resolutions was to actually keep track of what we've climbed. Rocks tend to blur together in the memory pretty quickly if you don't take care to file them away properly. Of course, we spent New Year's Day climbing and I'd forgotten my resolution by the time I got out of the shower after a long day at Horseshoe Canyon Ranch (and my first 5.11a onsight).

We're up to 18 days and around 60 routes as of mid-April this year.  We're on a tear.  Last week Sam got a clean 5.11a onsight (Air Ride Equipped).  I nabbed two 5.11a onsights in a row (Bathtub Mary and Air Ride). We fought our way through a first 5.10a trad route (Rock Wars).  I kept my shit together when I completely screwed up and wound up without protection 25 feet up my first hard offwidth.  We finally got on Bedtime for Bonzo and had a blast.  Sam led his second 5.4ish trad route.
If I don't slow down and record all this stuff more carefully, a lot of stuff will go forgotten.  I'm going to rewind a bit and go back to the first of the year and try to capture as much as I can remember.

Beginning at the beginning, we have 2017's first climb: Orange Crush, a 5.9+ at Horseshoe Canyon Ranch in Jasper, AR.

Climbers talk about the sensation of "exposure." It's hard to pin down exactly what we mean, but you know it when you feel it.  HCR's walls are mostly in the short 30-50 foot range, so it's rare to feel like you're high off the ground. This was the only really exposed feeling route we got on at HCR, sitting on an arete at the end of a wall, overlooking the rest of the canyon. 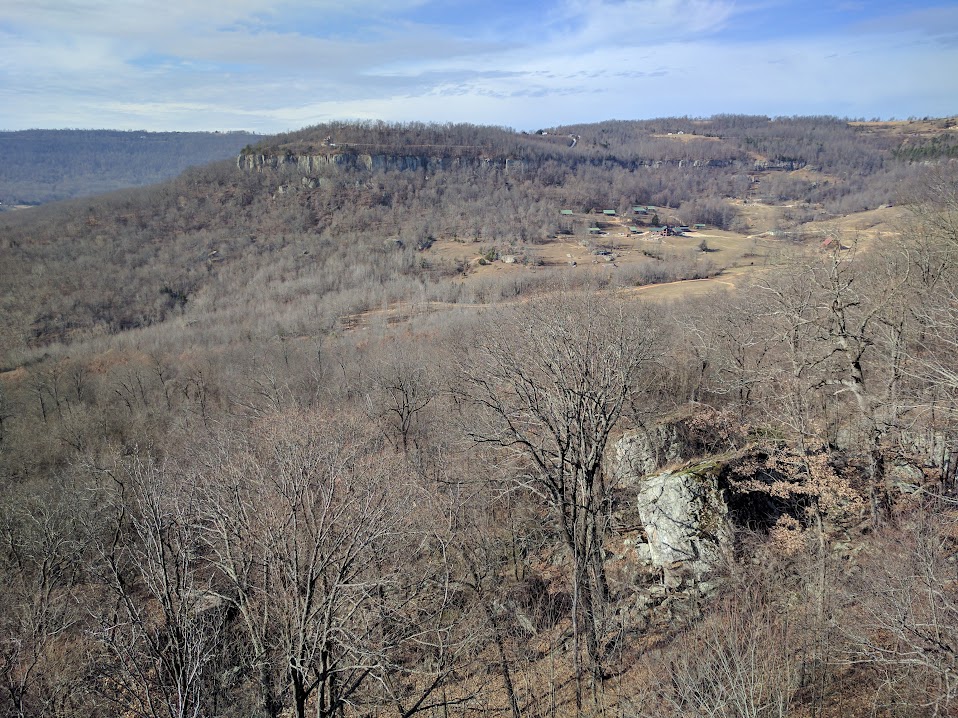 The climb itself was lovely and thoughtful.  None of the moves were particularly hard or committing, but did require you to think a bit to unlock the movement.  For the most part you're standing on two good feet, so there's no rush to get up the route before your forearms get pumped.  A nice sweet spot in climbing where you're able to just enjoy every moment.

I'd be hard pressed to come up with a better way to start the year. 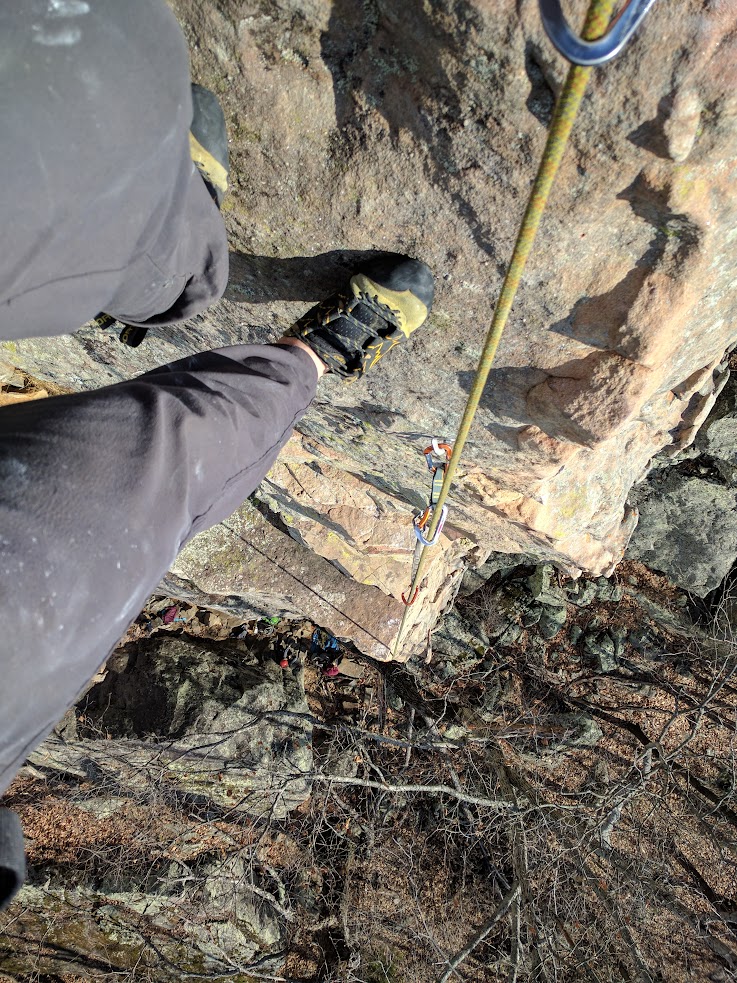